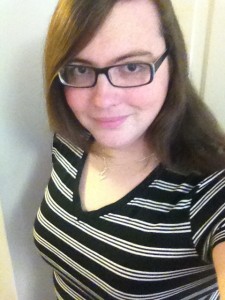 The 23rd of October never held any significance to me, that has all changed now. This time last year I remember I had an extremely bad hangover. For some reason, Australia Post decided to deliver a package on a Sunday. I remember getting that package and all the other feelings melting away. For this signified the starting of my long journey into womanhood. In that package was my first shipment of hormones. I took those pills and was elated that I had finally started. Now, fast forward to exactly one year later and I am the happiest I have ever been in my life.

Since the last time I posted, I have made even more significant progress. When I’m out and about, there is no doubt in anyone’s mind that I am a woman. I have since been out clubbing twice, both times I told a person who I had only met that night that I was trans and both times they didn’t even believe me. One of those was at a trans specific night where I was perceived as a cis-gendered woman who came along to support her trans friends.

Just a couple of years ago, I would have never thought anything like this would be possible. Especially in such a short amount of time. I honestly never even thought it was possible to be as happy as I am now and I know that there’s still even more to come.

As there is still more to come, it’s now time to look to the next year. I have been planning for a while to have SRS (Sex Reassignment Surgery) late in the first half of next year. This gives me plenty of time to get things sorted out as I plan on using my superannuation (Wikipedia link for those not familiar with it) to fund the surgery and travel costs and it can take time to organise this. I plan on traveling to Thailand and am currently shortlisting a few surgeons based on their experience and technique.

So now, as I take my next dose of hormones, I proceed into the second year of my new life as my true self; happier than I have ever been.

One Response to “One Year”

Leave a Reply to EienNoDorei