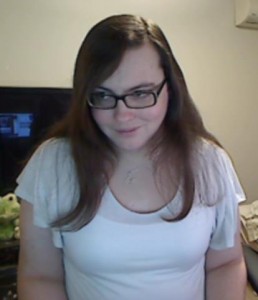 Again, it has been a while since my last post. I am still going, and I’m still happy! Over the past few months, I have successfully managed to be stealth in a few aspects of my life. It’s truly amazing to have people just treat me as a woman and not know anything about my past. It’s also truly devastating when that all comes crumbling down.

I have had a couple of romantic prospects lately. In May, a man I had known for several months and I had grown close. We were very much into each other. He was the shy nerdy type, exactly what I’m into. He always made me laugh and I was falling head over heels for him. In late June, I came out to him as trans. He said he was OK with this, and I was probably blindsided by my feelings for him to notice that he was struggling with it. A couple of weeks later, he broke it off. I was utterly devastated. Here was a man who I thought I could be with who truly accepted me for who I really am, and that was just destroyed.

A few days later, I started to get text messages from some guy who I had only spoken to a few times, but knew he wasn’t my type. He seemed like the alpha male type who wanted sex, could get it at any time and who definitely wouldn’t understand the whole trans issue. I let him know over and over that he wasn’t my type. He just wouldn’t give up. After couple of weeks of this, I don’t know what I was thinking at the time, I started falling for him. Over the period of about a month, we exchanged somewhere in the vicinity of 700 text messages with each other. I knew I had to keep delaying his advances until I told him I was trans, and could only tell him that when I thought he would accept it. During this period, I had some of the most intense genital dysphoria I have ever experienced. He would tell me things he wanted to do to my body. I would think that if I had the right equipment, I’d let him do it all.

On the 14th of August, I told him I was trans. He did not take it well. I ended up having an argument with him over why I had not said anything earlier. Needless to say I explained to him that I didn’t even want him in the first place, that he just kept going and going; and that I could only tell him after I thought he could accept it. Fast forward to this Sunday and I hear people, who I’m stealth to, talking about this very blog. I completely froze up with fear. He had outed me. For the trans people who are reading this, you know how dangerous this could be. Trans people are murdered very often for just existing. I didn’t know what to do.

I sent a message to one of the members of the group I knew I could trust to ask if we could talk in private. The first thing I said was “so I take it everyone now knows my secret?” I was nearly in tears. We talked for about two hours on the subject and I learned that there were very few people that even had a problem with the issue. Of course, this doesn’t change the fact that now everyone knows. Now everyone is going to start treating me differently. I was told that it didn’t change how they viewed me, but I have already noticed some things. Most people don’t even realise when they find out this kind of information, they do treat people differently. Everyone around me just sees a woman. As soon as people know something about my past, they treat me differently. Whether they mean to or not, they do. They may not realise when they call me he or him, but I always do. It feels like a knife piercing through me every time they use those words.

Of course, the fact that I was even able to go stealth is such an amazing feeling. I now pass as a woman every time without question. In two months, I will go past my one year mark on hormones. To be honest, a couple of years ago, I never thought I’d make it this far. In November, I have my ten year high school reunion. I plan on going just to show how happy I now am in the body that finally matches what I am on the inside.

5 Responses to “The Ten Month Mark”

Leave a Reply to inquestion